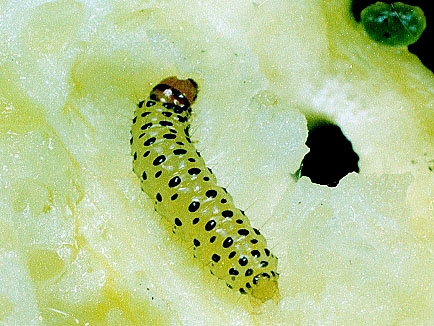 Diaphania is a turning worm - a weblog about the arts, the countryside and whatever else.

Diaphaneity
According to Walter Pater 'The "diaphanous" character has "such a perfect equipoise of gifts, virtues, and interests that it can follow no single bent, and therefore can take no active part in life". It has "a moral sexlessness, a kind of impotence, an ineffectual wholeness of nature, yet with a divine beauty and significance of its own." And still such colourless characters are of ultimate value; they "fill up the blanks between contrasted types of character," and are a "delicate provision in the organisation of the moral world for the transmission to every part of it of the life quickened at single points." And so the "diaphanous" soul is better fitted to be the "basement type" than the philosopher, the saint, the artist, or the pedant, for "a majority of such would be the regeneration of the world." ' (The Aesthetic of Walter Pater, Ruth C. Child; The Macmillan Company, 1940)

Pickleworms diaphania nitidalis bore into cantaloupes, cucumbers, and squashes (watermelons are only rarely attacked), and finally such fruits tend to sour and spoil. Larvae push out masses of green sawdust-like excrement.

Diaphania is also a fox

The copyright of all materials is freely acknowledged and asserted.