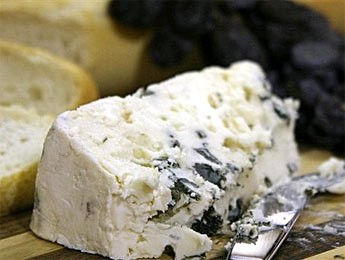 Just as President Bush was 'deeply mourning' the death of Andrew Wyeth, his administration was being derided for one of its last balmy acts. A 300% tariff is being imposed on one particular French cheese. Whilst the rest escape with a mere 100% penalty in retailation for French refusal to accept US hormone-treated beef, only Roquefort rejoices in the distinction of being placed firmly beyond the reach of American consumers. Whether or not US goat's cheese makers are celebrating their new found commercial advantage is hard to say, but French farmers are telling a very different story. Last time they were punished in this way they burnt down a Mcdonalds. But a reprieve may be imminent. In the hope that he will wake up and smell the fromage, President Elect Obama has been sent a sample of the blue-veined product.