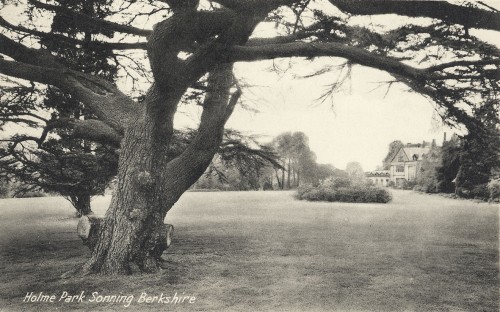 As a boy I loved trees. Not just walking amongst them, but climbing as high as I could manage into them. There was a giant Cedar of Lebanon in the school grounds and I delighted in clambering up the thick, dark trunk into the fragrant branches. In the autumn sunshine the open and almost horizontal branches were easy to climb, and I was soon lost in the upper canopy, amid the yellow flowers that when shaken released clouds of pollen. This was my refuge. ‘On the Mountain the cedars uplift their abundance. Their shadow is beautiful, is all delight’ (Epic of Gilgamesh). 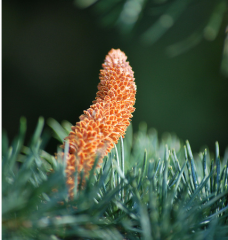 Since then I've always known ‘special trees’. The aspen with quivering leaves and trunk that shimmers with reflections of light on the lake. The unstoppable ‘ghost gum’ in the garden that obligingly sheds its bark for kindling.

Last weekend was dominated by trees: on a walk, in building, in art and in music. 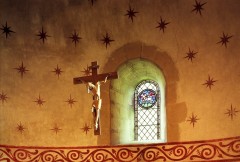 At St Botolph’s in Swyncombe the Ridgeway long distance path runs past a carpet of snowdrops spreading at the feet of beech trees. The eleventh century building is simply made, with a single nave and an apsidal east end. Appropriately it is dedicated to St Botwulf, the seventh century patron of travellers. In a gentle dip, the flint-knapped and limestone walls spring powerfully from the ground. Inside is dim with ancient mystery. 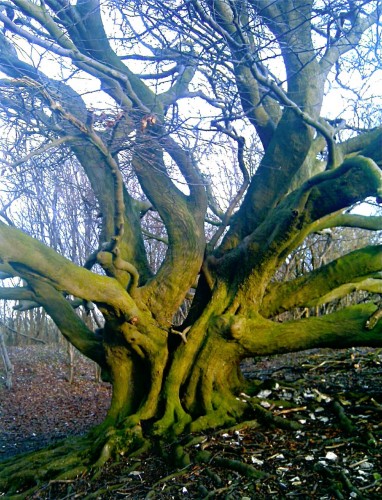 The beech is the tree of the Chilterns. Massed on the hilltops, they create great cathedrals of trunks and reaching branches, beneath a dense covering of dry leaves. This tree on Swyncombe Down is one of a grove of beech, each with girths of at least 4m. These were working trees, pollarded low for their branches. They skirt an ancient earthwork called the Danish Intrenchment, thought to date to their invasion in 870.

St Mary’s Ewelme is an altogether grander building than St Botolph's and much of it commemorates the munificence of Chaucer’s daughter and her husband, the first Duke of Sussex. They built the adjoining almshouses and nearby what is thought to be the country’s oldest continuously occupied primary school. We admired their monuments in the south aisle, which was reserved for the use of the 13 almsmen living next door. The aisle's Spanish chestnut roof is ornamented with angels. It is said of this wood that “over it the spider crawleth not ”. 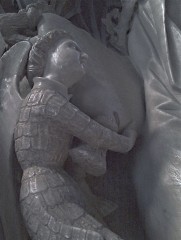 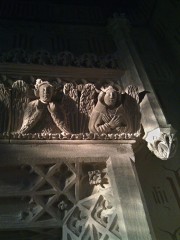 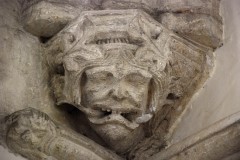 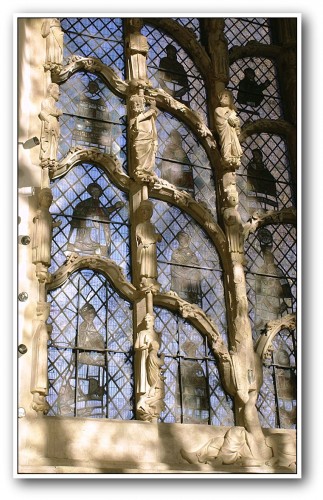 Then on to Dorchester Abbey, where we given a tour by the very kindly vicar (glass in hand). Less a church and more a cathedral in the water meadows, Dorchester is somehow both awe-inspiring and welcoming. At Dorchester there is more ancient spirituality in the gurning head of a 14th century green man, not far from the great tree of Jesse window, whose undulating branches depict Christ’s descent from the Tree.

We were in London the next day for depictions of trees in paint and music. 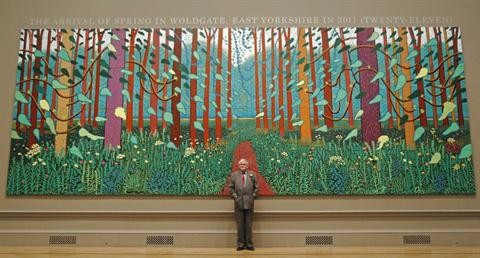 David Hockney’s ‘Bigger Pictures’ fill the vast walls of the Royal Academy with intense colour.  Californian Technicolor burns from paintings of North Yorkshire trees, seen through the seasons. Hockney’s ‘totem’ tree is a hacked stump, with felled orange trunks either side of it. But it's far from being an unspoilt  paradise: according to a recent news report, the woods Hockney paints with such passion are now badly in need of a makeover, as part of the making of a new ‘Hockney Trail’. It seems that persistent dumping makes parts of it look more like the littered American Highway in one of his earlier works. 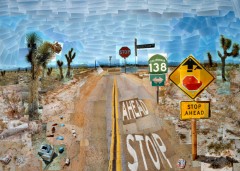 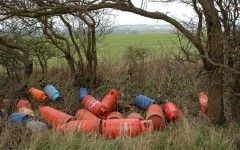 At the Wigmore Hall that evening, Alice Coote was Schubert’s lovelorn young man on his winter journey, Julius Drake her accompanist. At times her voice dropped deep and rich, seeming to spring up from the ground itself. The words of 'The Linden Tree' are desolate, even if the song was the only one to commend the cycle to a contemporary critic.

and its branches rustled
as though they were calling out:
come my friend sit with me
here you’ll find your peace 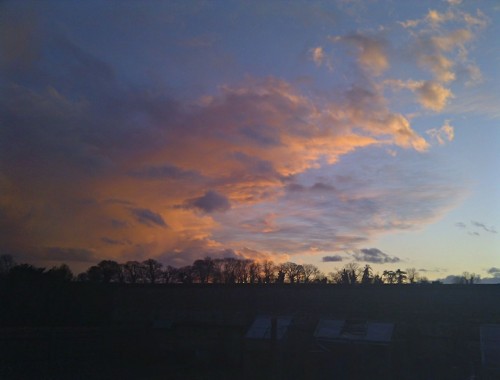