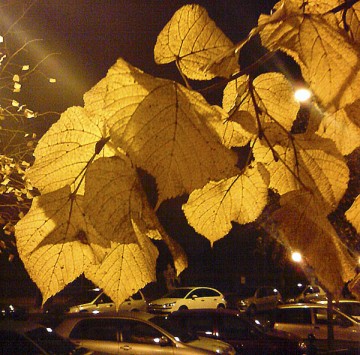 At this time of year the birdsong is a terrific pleasure, but not if you live in the city. The New Scientist reports the end of the dawn chorus, killed off by city noise. It was thought that light pollution was the cause, but now it seems to be simply that the birds can't make themselves heard over the din of the traffic. Late at night, on my way back from the station, I've often been stopped in my tracks by the sad sound of a solitary wren, singing its heart out under the sodium glare. Now researchers say birds are getting stressed out by this forced adaptation.

So it's a good thing that digital audio channel Oneword is no longer broadcasting. Thanks to the alternative reality provided by the internet, you too can listen to a sample of the channel's replacement, 16 hours a day of birdsong, apparently proving very popular with city-dwellers starved of the sound of the natural world.